Skip to Main Content
It looks like you're using Internet Explorer 11 or older. This website works best with modern browsers such as the latest versions of Chrome, Firefox, Safari, and Edge. If you continue with this browser, you may see unexpected results.

You read. You vote!

Kids in 4th, 5th, and 6th grades are invited to read and vote for their favorite books for the Kids’ Choice Awards 2021.

The Kids’ Choice Award was launched in the fall of 2001, to increase cooperation between public and school libraries and to encourage children in grades 4, 5, and 6 to read. 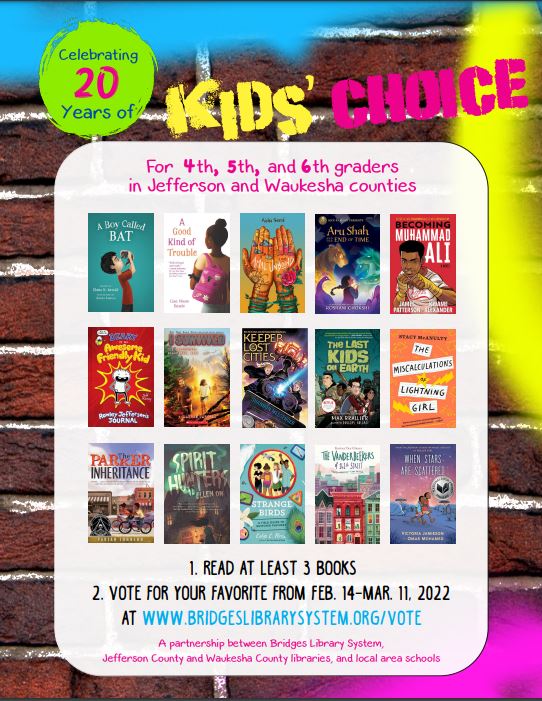 Maple Ave Fourth Graders, read at least three or more books from this list of 15 books during the 2021-2022 school year. You then will get to vote for your favorite books. Online voting for Kids' Choice officially begins February 15, 2021.
You read. You vote! 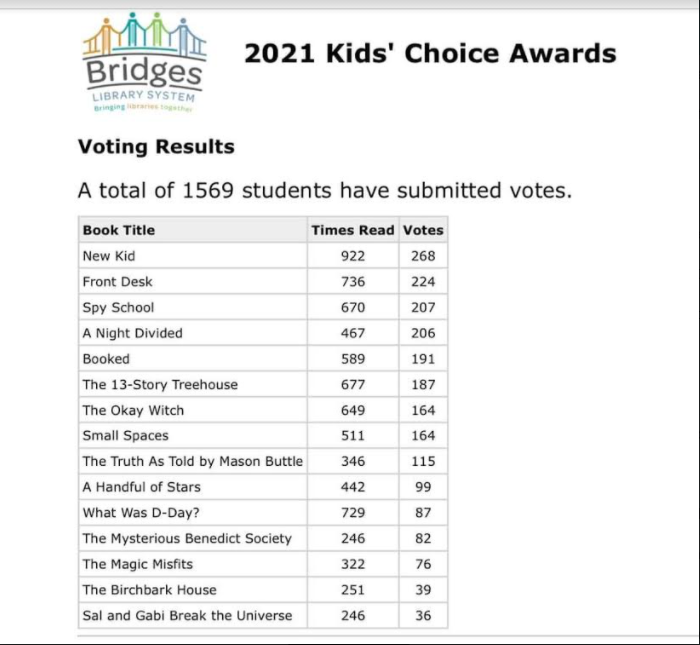